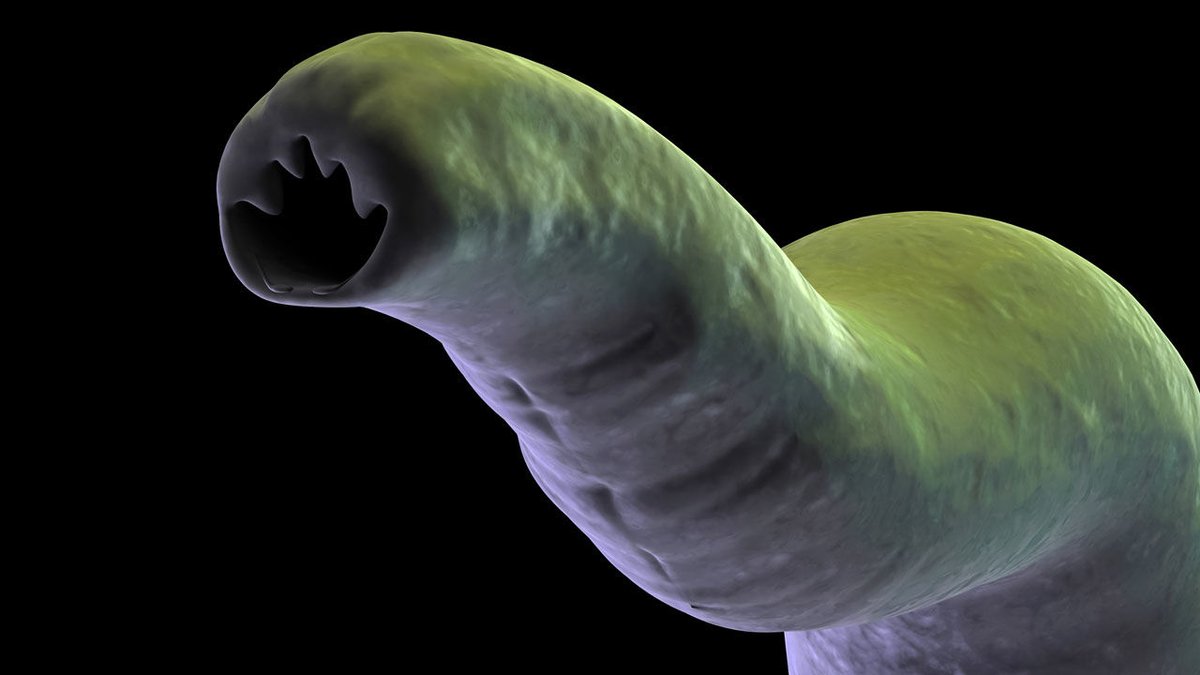 Writing in the journal Science Translational Medicine on Wednesday, scientists report that a protein produced by hookworms eases the symptoms of asthma in mice – and could one day be made into a pill to treat humans

Buried in the creatures, many believe, are molecules with healing powers. Scattered studies in diseases like Crohn’s and celiac, as well as self-treatment by patients, suggest the worms might alleviate symptoms of autoimmune conditions—the exact ailments that have become more and more prevalent as hookworms have faded from our lives and general cleanliness has prevailed.

Hookworms are said to be among the oldest life forms on Earth, and when they sink their teeth into our blood vessels, they cause nausea, anemia, cramping, and more. Ancient Egyptians referred to the symptoms in a 3500-year-old papyrus, and Hippocrates may have described miners infected by them. In the early 1900s, an intensive campaign eliminated the worms from the intestines of U.S. schoolchildren and spawned the formation of the U.S. Public Health Service.

Severine Navarro, an immunologist at James Cook University in Cairns, Australia, is among those on the hunt for these magic molecules, and she believes she has found one: anti-inflammatory protein-2 (AIP-2). In mice with asthma, AIP-2 suppresses airway inflammation, Navarro and her colleagues report, and the protein also appears to damp down the proliferation of some immune cells in the blood of people with allergies.

“It’s a clear demonstration that a single product from a parasite can have sweeping systemic changes that are very favorable,” says Rick Maizels, a parasite immunologist at the University of Glasgow in the United Kingdom, who wasn’t involved in the research.

This study would also suggest that humans lost something when we rid ourselves of the microbes and parasites that had evolved alongside us for tens of thousands of years.