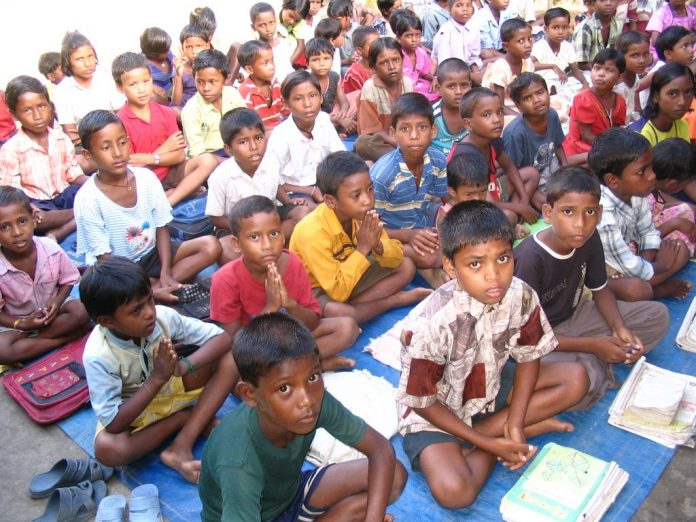 In today’s world, sectors like higher education, which were being considered a safe place, are now being exposed to ambitions forces. Education is a factual service where the effective involvement of both the service provider (higher education brand) and the consumer (student) is crucial. There is wide fluctuation in educational attainment and literacy rates around the regions and social classes of India.

The rural markets, as a part of the economy, have inaugural potential. There are many difficulties confronting the effort to fully analyse rural markets. The concept of rural markets in India is closed in evolving shape, and the sector poses a different of challenges, include compassionate the dynamics of the rural markets and strategies to supply and satisfy the rural consumers.

The path involves active guidance by a master teacher, including giving students practice facing real problems, testing solutions, making mistakes, seeking help, and refining approaches. Comprehensive dialogues between teachers and students delineate how reflection-in-action works, what boost it, and behaviour or attitudes that can avert the development of reflectiveness.

Over the past decade, there is increasing access to schooling in the developing world; education levels measured by years of schooling are still dismal in any part of the world. The major issue was low attainment in rural areas, often attributed to farm work. In those areas, children miss school or drop out to help with farm or household work.

Education in India is afflicted by many difficulties such as poor infrastructure, access, lack of financial support and poor quality of educators. In this year’s budget, the Finance Minister announced an allocation of Rs 72,394 crore compared to Rs 68,963 crore for last year, which is a 4.9 percent increase in the education budget out of which approx. 30 percent is spent on higher education. Out of the remaining funds, a meagre amount is spent on education in rural India as a result of which more than half of India’s population is left uneducated. The state and central governments are trying to tackle these issues by pumping almost Rs 310 billion (approx. $5.7 billion) into improving rural school infrastructure and recruiting teachers. (Union budget 2017-18)

India has the second largest education system in the world. The scale of operation involved to ensure the quality of Education for India is unique and challenging because in a rural part of India teacher have to face many difficulties to teach. At the same time, problems affecting the education system are so differing and often so complicated that the solution cannot lie in the alternation of any one single factors. It is not about lesser funds provided by the government or not given proper training to teachers or political involvement in work; all these undeniably contribute to the problems, affecting the country’s systems.

The main problem of rural education development is not providing a proper infrastructure of the school, sometimes students have to travel to another place or village for higher studies. Therefore, the Government had launched Samagra Shiksha, the first integrated scheme extending unified support to states from preschool to senior level. It also extends benefits of Kasturba Gandhi Balika Vidyalaya Scheme, under this scheme girls from disadvantaged sections are provided education with hostel facility is given to class 6-8 to class 6-12.

The main problem is that with the government system; there should be strict punishment for the teachers who take their job so casually, and there are very few rewards for the good teachers.

Now the picture of rural India has changed completely, and there is the rapid increase in the growth. Two decades ago, people in villages were largely uneducated, and there were hardly any schools in remote areas. It’s not uncommon to find low educational levels among villagers who are 40 years old, and older. As late as 2001, only a little over 25% of all rural 18-year-olds were attending schools, and many of these students are school drop-outs – some of them got married or earn bread and butter for their family. In 2016, the share of 18-year-olds in schools and colleges had gone up to 70%. There is a rapid growth of education in rural India.