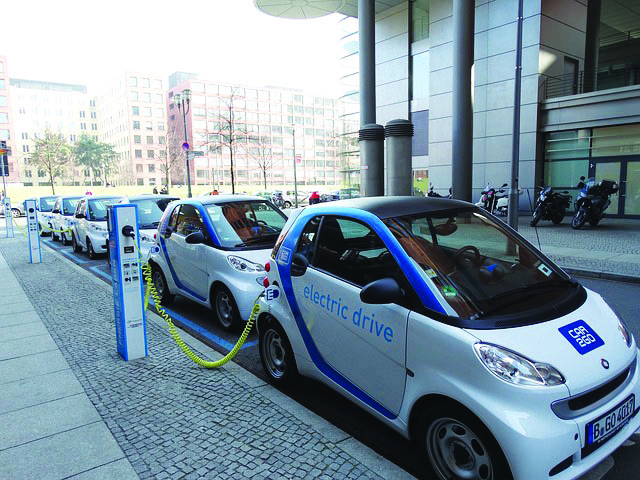 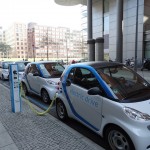 WITH AIR POLLUTION QUICKLY BECOMING ONE OF THE BIGGEST BANES IN OUR CURRENT ENVIRONMENT. THE TIME FOR THE GREEN REVOLUTION TO HIT THE AUTOMOBILE INDUSTRY IS NOW

A green vehicle is a road motor vehicle that produces less harmful impacts to the environment than comparable conventional internal combustion engine vehicles running on gasoline or diesel, or one that uses certain alternative fuels. Green vehicles can be powered by alternative fuels and advanced vehicle technologies and include hybrid electric vehicles, plug-in hybrid electric vehicles, battery electric vehicles, compressed-air vehicles, hydrogen and fuel-cell vehicles, neat ethanol vehicles, flexible-fuel vehicles, natural gas vehicles, clean diesel vehicles, and some sources also include vehicles using blends of biodiesel and ethanol fuel or gasohol. As part of their contribution to sustainable transport, these vehicles reduce air pollution and greenhouse gas emissions, and contribute to energy independence by reducing oil imports. An environmental analysis extends beyond just the operating efficiency and emissions. A life-cycle assessment involves production and post-use considerations. A cradle-to-cradle design is more important than a focus on a single factor such as energy efficiency.

IMPROVING CONVENTIONAL CARS:
A conventional vehicle can become a greener vehicle by mixing in renewable fuels or using less carbon intensive fossil fuel. Typical gasoline-powered cars can tolerate up to 10% ethanol. Brazil manufactured cars that run on neat ethanol, though there were discontinued. Another available option is a flexible-fuel vehicle which allows any blend of gasoline and ethanol, up to 85% in North America and Europe, and up to 100% in Brazil. Another existing option is to convert a conventional gasoline-powered to allow the alternative use of CNG. Pakistan, Argentina, Brazil, Iran, India, Italy, and China have the largest fleets of natural gas vehicles in the world.

BENEFITS:
Environmental: Vehicle emissions contribute to the increasing concentration of gases linked to climate change. In order of significance, the principal greenhouse gases associated with road transport are carbon dioxide (CO2), methane (CH4) and nitrous oxide (N2O). Of the total greenhouse gas emissions from transport, over 85% are due to CO2 emissions from road vehicles. The transport sector is the fastest growing source of greenhouse gases.
Health: Vehicle pollutants have been linked to human ill health including the incidence of respiratory and cardiopulmonary disease and lung cancer. According to the World Health Organisation, up to 13,000 deaths per year among children (aged 0–4 years) across Europe are directly attributable to outdoor pollution. The organization estimates that if pollution levels were returned to within EU limits, more than 5,000 of these lives could be saved each year.
Monetary: Hybrid taxi fleet operators have also reported that reduced fuel consumption saves them thousands of dollars per year.

Why Is Everyone Talking About India’s Collapsing GDP?