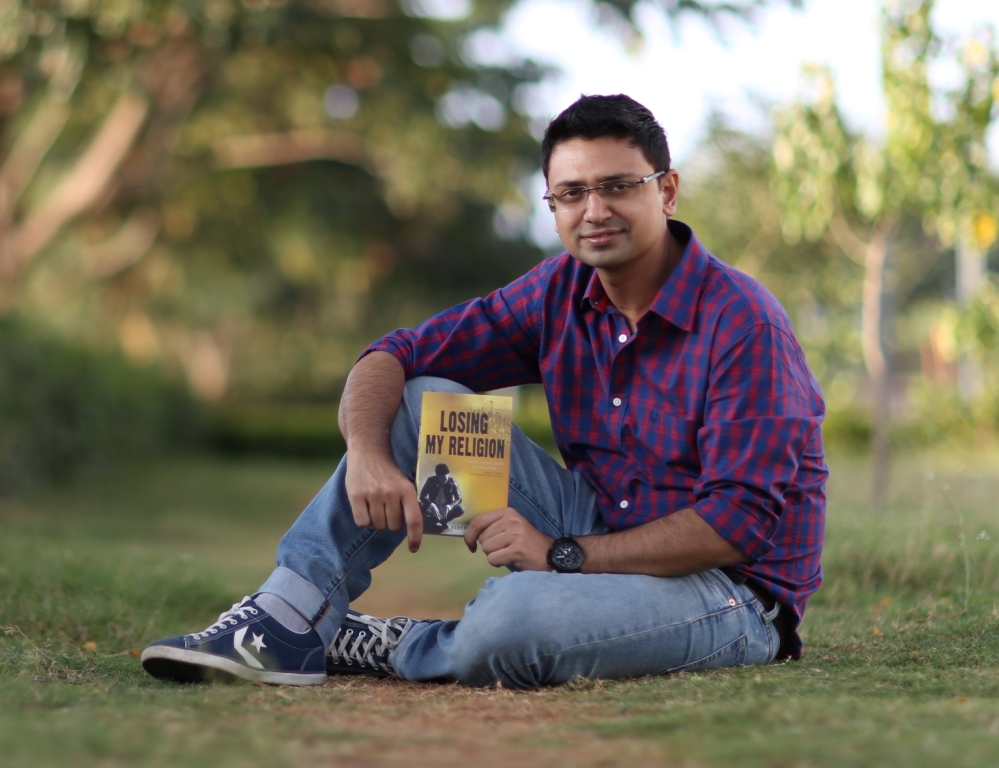 Banglore-based Vishwas Mudagal is a believer of instinct. That is why when the idea to write struck him, he followed through with his debut novel, Losing My Religion, a sensational bestseller with a global fan base. Neeti Vijaykumar gets you an insight to the man behind the words What inspired you to write Losing My Religion?
Losing My Religion took birth in very interesting circumstances. In 2009, my Internet start-up was going through a very rough phase, resulting in a very heavy emotional toll on me. After spending two years working my ass off on this business, it wasn’t easy to just move on. One of those days, I spoke to an ex-colleague, who was taking a sabbatical and going on a year-long journey on his bike across India. I was amazed! I wanted to do that myself and kill all the tension inside me and then look at everything else later on. That’s when the bizarre idea of writing a book about my situation struck me. Being instinctive by nature, I decided to pen down a novel in which the protagonist Rishi Rai faces a similar situation of bankruptcy but he accidentally meets an American hippie and decides to quit everything and go on an uncharted journey with him. On 22 May 2009, I wrote the first chapter, and, I’d like to believe, my life changed.

Have you been on a similar unplanned uncharted journey across India as the protagonists?
Unfortunately, I haven’t gone on a grand uncharted journey across India like Rishi. I wish I had but couldn’t. However, I had gone to Goa before I completed the book without any agenda and no fixed plans, stayed there in shacks, mingled with strangers and had a great time. I realised how it was to go on a journey alone without any plans. It’s really liberating and I recommend everyone to take off on an unplanned journey once in a while to rejuvenate and truly rediscover and evolve yourself.

What message do you have for India’s youngsters?
My message for India’s youngsters has always been about not getting afraid of failures. You should be shameless and experiment without caring a damn about what people are going to talk about you. When you experiment, you will find your passion. Else you will not know what that thing you love the most is. When you find your passion, be ready to pursue it, and be damn sure that resistance will follow. You will face failures, ridicule, embarrassment, hurdles and setbacks, but do not give in or give up.

Are you working on any other novel currently?
Yes, I am currently writing a story set in the near future. It’s going to be a combination of action, adventure, drama, romance, and sci-fi. It will most probably be a series of two or three parts. I hope to complete the first book in the set by this year.