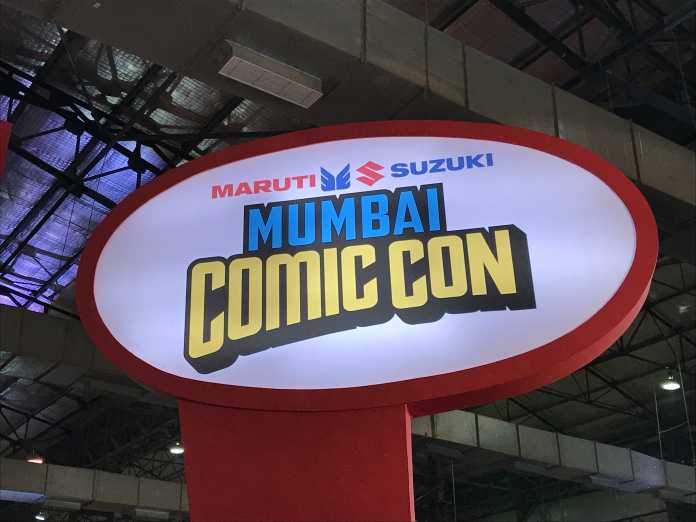 On the 11th and 12th of November, thousands of popular culture fanatics descended at Mumbai’s much-loved comic and fantasy convention, Comic Con. Comic Con has grown from its first Indian edition back in 2011 at Delhi’s Dilli Haat, and has now expanded to five cities in total, Delhi, Pune, Bengaluru, Mumbai and Hyderabad.

Revellers enjoyed unrestricted access to giants of the comic world, like David Llyod, illustrator or V for Vandetta, DC artist Yishan Li, Transformers illustrator Andrew Griffith, and Nick Selk, creator of The Awkward Yeti. Sailesh Gopalan, creator of the Brown Paperbag sketched caricatures of homegrown comic fans who thronged his stall. Founder of Holy Cow entertainment, Vivek Goel, announced the launch of the 19th issue of Aghori with a captivating trailer, and the launch of Caster, which he claims is India’s first Catholic superhero. And if this wasn’t enough, comedy also made its way to this year’s Comic Con in the form of sketches by Mallika Dua and YouTuber Prajakta Koli.

Of course, Comic Con is incomplete without some drool-worthy merchandise. And fans scoured through almost every one of the 50-plus exhibitors present there to take home some insta-worthy souvenirs, yours truly included. From TV shows like Friends, The Big Bang Theory, Sherlock and How I Met Your Mother, and movies like Star Wars, Guardians of the Galaxy and Harry Potter, fans were captivated in a sea of T-shirts, mugs, badges, notebooks, phone covers and more. We couldn’t help but notice a particular stall dedicated to Harry Potter merchandise – wands, scarves, skullies, charms, accessories et al – that attracted 60% of happy shoppers there.

But the real show-stealers were the cosplayers! Besides your Comic Con staples like Superman, Wonderwoman, Batman and Spiderman, this year saw people going all out in terms of their costumes, and professional make-up that elevated their look. A whacky Doctor Who, an evil Joker, Darth Vader, The Grim Reaper and an Aqua Man were among the many well-suited cosplayers. As I was making my way to a Sherlock poster I spotted from afar, my path is interrupted by an adorable Baby Groot and Robot Raccoon delighting their ‘fans’ with pictures and selfies. I happened to pick up a conversation with ‘Wonder Woman’, who has been a Comic Con fanatic for two years, and came dressed as Wonder Woman, not because she is a fan of the DC character, but simply because it’s how she perceives herself as. As I’m exiting the venue, I happen to stumble upon Hulk and Harley Quinn gorging on a plate of fried rice, SpiderMan chomping down a burger, and Batman standing in the queue for an Iced Tea coupon, re-enforcing my belief that there truly is no place like Comic Con, that brings together Cosplayers and comic-loving souls under one fictional nerd/geek-verse. And if you’ve missed out on the action this year, there’s always a next time.