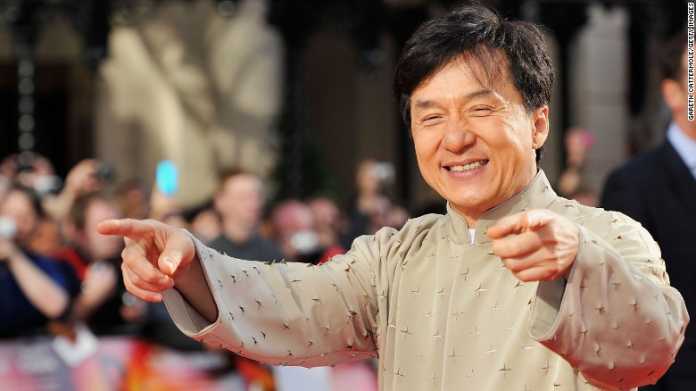 7th April, 1954 was quite a significant day. It was for this day, that a martial artist, an actor, a director, an action choreographer, a singer and a stunt performer was born in Hong Kong. Chan has taken his abilities to the greatest channels, and projected to the world the opacity his work holds over others of his field. Be it drama or action, comedy or tragedy, Chan has been the glowing star, who the land is exceptionally is proud of.

Forbes magazine estimated Jackie’s net worth to be $350 million. Having started working very early in his life, Chan still continues with the same zest and perseverance. Not very often, does he visit India, but still manages to win the hearts with his action packed performances. His singing would make you fall in love with him, his work would let you inadvertently admire him, his pace at social approach would force you to respect him and his personality and looks would make you idealise him.

We take a look at his splendid contribution to the movie industry across the globe, as Chan cuts his 62nd cake today.

His contribution in the field of comedy and movie mimicry helped him expand over the planet, through this field. Sooner did he realise that the audience can be easily fetched by comedy and action. His films thereafter, were thoughtfully plotted and the action was aptly choreographed to suit the situation and create humour.

Linking with director/writer/fight coordinator/actor Sammo Hung and Yuen Biao, Chan kept growing as an actor. They met and planned over making the most hilarious and funny reels. He got himself professionally trained for martial arts and acrobatics, to perform the stunts by himself. The collaboration of these three left the audience giggling.

An amnesiac, was this time, the source of laugh that the audience really appreciated. Its comical representation of a serious problem was praise-worthy. Coming into contact with a native who meets this post-traumatic disordered Chan was/is and will forever be a delight to watch!

Rumble in the Bronx

Chan’s golden break into the US mainstreams was obtusely Jackie’s climbed up ladder. Though the Chan purists preferred the original sound over the dubbed version, the moving pictures were still loved by the audience.

This time, Jackie Chan featured in the one of its first riffing of Buster Keaton and Charlie Chaplin in an action comedy set in the 1800s. The plot based over the pirates and high seas, where the trio of Chan, Hung and Biao are seen training to deal with those bad guys. Again the comedy and fun keeps the audience hooked to the screen.

This was a segment of the longest running police story franchise. Here Chan was for the first time, not the director himself. Actions in this movie outcast comedy, to an extent that Quentin Tarantino often refers this to be one of the best movies of his choice.

Is equally entertaining as compared to its sequel, and here Chan uses martial arts for the first time to lend the purpose of comedy. Carefully carved moves and martial arts performed by Chan, who is proving to be the Hong Kong’s best.

Chan himself considering this to be his best action film, also acknowledges the effortful carving of moves and action. One if his best choreographed martial arts did gain him acknowledgement worldwide, even before his debut into America.

It has been years since Chan has launched himself successfully in many careers, for him to become a household name today. We hope that he never retires but his difficulties do, hope that his phase never ends but his problems do, hope his actions and comedy forever enlighten the eyes of the audience, taking him at highest possible stature.