The urge to battle another driver in a show of skill and complexity and to conquer one’s fear has resulted in the making of a few daring aficionados of motor sport. While some may like circuit races like Formula 1 or NASCAR, there is however, a huge fan following for those who are passionate to race on the wild path. The wild path of car rallying!
The art of skillful maneuvering, dodging obstacles in a car or motorcycle on roads in the hottest or coldest weather, testing the resilience of the driver in the worst conditions, and making the journey to the finish point is all what car rallying is about. A car rally may take place on private or public roads, through desert dunes or snowcapped mountains, and in any city or country. Each participant must have the two essential things for the journey — a car and a navigator.
Unlike a circuit race, there is a course plotted for the participants, usually spanning six days or more. The cars leave from a start point at small intervals. The driver has to reach given checkpoints on the course within a stipulated time; going too fast or slow can even result in a negative score.
The exhilarating experience of car rallying cannot be compared to normal circuit racing; it is in a league of its own. Car rallying is competitive, but it’s not just about being first. It is a fun sport that tests your alertness, your reflexes, and makes you tougher.

How did it feel to be the first Indian to race in the world motor rally scene? What hurdles did you face?
It is always a great feeling of pride with which you represent your country on any world stage. I was fortunate enough to get the opportunity to do so. Being in a country where motorsports is getting recognition only now, the odds were very heavily stacked against me due to various reasons. A few hurdles rally drivers commonly face are the following:
a. Sponsors are hard to come by at the right time in your career.
b. The cars we race in the world stage are much faster (0 – 100 km in four seconds). We don’t have a chance to practice with these here in India.
c. We are exposed to the highest level of driving and competition only when we reach the international circuit. Rallying in India is yet to develop to international standards.

What is your recipe for success?
My natural speed and hard work has paid off for me. Talent is never enough; one has to keep working hard to be successful in any sport.

How are rallies different from circuit racing?
I probably am in a good position to answer this, as I have been a national champion in both racing and rallying. While both disciplines need speed, car control, physical fitness, and guts in common, rallying requires quicker reflexes, judgement, and adaption to adverse conditions. Racing on the other hand requires precision, consistency, and craft.

What is the most cherished moment of your life?
When I saw for the first time our Indian flag up and our national anthem playing in a foreign country after I won the World Rally Championship (WRC).

What was the most humble moment of your life?
The year when I was certain to win the Indian National Championship as the youngest driver ever, luck deserted me and I could not even finish rallies due to car failures. This brought me to ground reality very early on and made me realise that nothing is for certain.

Did your parents support your decision to become a rally car racer? If not, how did you convince them?
They were not for it in the beginning as there’s always the element of danger. But once I started winning they just allowed me to be.

If you had to do something differently in your life what would it be?
I would have loved to be a pro golfer.

How did you see the growth of this sport in India? Is the government supportive of promoting this sport?
Rallying is really taking off now as there is a lot of investment from sponsors. The support from the government is almost nil till now, but I hope things will soon change.

Where have you been in the last few years and where do you see yourself in the next five years?
I have won seven Indian titles, an Asia Zone Championship, represented in the WRC 2008, and won WRC 2010. I am also the current Indian champion for 2010. While I would like to go back and do the WRC again, I am also looking at other international championships to compete in.

What message would you like to give the youth of today?
Be responsible on public roads. You think you can drive? Then compete in rallying to race with professionals.

RALLIES THAT TAKE PLACE IN INDIA

THE CAR IS THE MAIN TOOL OF THE RALLY DRIVER AND THOUGH IT MAY LOOK LIKE ANY OTHER CAR ON THE STREET, IT ISN’T.

ROLL CAGE/ The car is internally fitted withbraces and supports for safety, together known as a roll cage. The petrol tank also has protective layering or is made of a non-flammable composite material. A safety valve stops further flow of fuel to the engine in case of the car hurtling

ENGINE/ Tuned to provide more boost and torque while driving on deadly terrains. A modified, intense air-filtration unit prevents dust and particles from choking the engine

RETROFITTED SUSPENSION/ Stronger rally-specific suspension is the most crucial component of a rally car, improving its road-handling ability 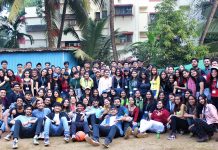