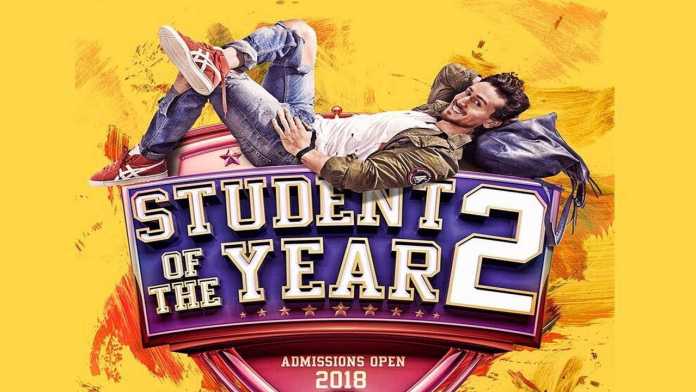 Let’s be honest 2017 was not a great year for the Indian film industry. Bollywood did release some decent films, but they did not attain much success. Although, Baahubali was a noteworthy film in terms of cinematography and was appreciated by many movie viewers, it wasn’t a Bollywood-original. The year 2018 looks promising with Anurag Kashyap’s Mukkabaaz and Kangana Ranaut-starrer Manikarnika. Hopefully this year brings with it promising films that will be entertaining, compelling and have a good message to tell its viewers.

Here are some 2018’s Bollywood releases that are (hopefully) worth the wait:

The movie stars Saif Ali Khan in the lead role and showcases the city of Mumbai with its underworld goons, doomed bankers and idealistic lovers all closely knitted to each other. This movie has a dark-comedy vibe to it. The plot of the movie revolves around six unique characters and their individual stories, from urban ambitious upwardly mobile Bombay, and its dark neglected underbelly. The movie shows Saif pulling off a loco and odd symbol like he did in Go Goa Gone.

This sequel is long awaited. The third installment of the franchise, Race 3, seems to be even more epic than the previous movies, Race1 and 2. This film underwent a complete makeover from the makers of the film to the cast. The third part will be headlined by Salman Khan and Jacqueline Fernandez. The movie will be directed by Remo D’souza and will hit cinemas on

We all loved the first installation to this film that was played by young superstars Alia Bhatt, Varun Dhawan and Siddharth Malhotra. And now director Punit Malhotra brings to us the sequel starring Tiger Shroff as the lead actor who plays Rahul Sarine.

A sports drama created by director Anurag Kashyap’s showcases Vineet Kumar Singh who plays a low caste boxer. The protagonist tries to make it big whilst being in love with his coach’s niece.

This is a thriller drama starring Anushka Sharma. Pari will be the third film Anushka has produced after NH10 and Philauri. Part of the anticipation surrounding the move is because it will be the first Anushka Sharma release, post her marriage to Indian cricket team captain Virat Kohli.

The biographical epic on the life of Rani Laxmibai and her war against the British East India Company, during the Indian Rebellion of 1857, played by Kangana Ranaut. It is directed by Krish, a National Award winning Telugu director.

After the Pyaar Ka Punchnama series, the fantastic trio of Karthik Aaryan, director Luv Ranjan and Nushrat Bharucha is yet again going to light up the movie screens. The upcoming release of Sonu Ke Titu Ki Sweety will declare war between Bromance and Romance. The movie strikes all the right chords and is an absolute entertainment-filled one.

The most controversial movie Bollywood has ever seen will finally see the light of day in the month of February. The erstwhile Padmavati, now Padmavat, stars Deepika Padukone, Shahid Kapoor and Ranveer Singh. This movie is based on a poem called ‘Padmavat’. This movie is said to be Sanjay Leela Bhansali’s most ambitious passion project. The movie was made on a king-sized budget and has everyone wishing for a safe release after the threats made last year.

Release Date: Yet to be confirmed

Which movies are you going buy a ticket for on the first day of the screening?