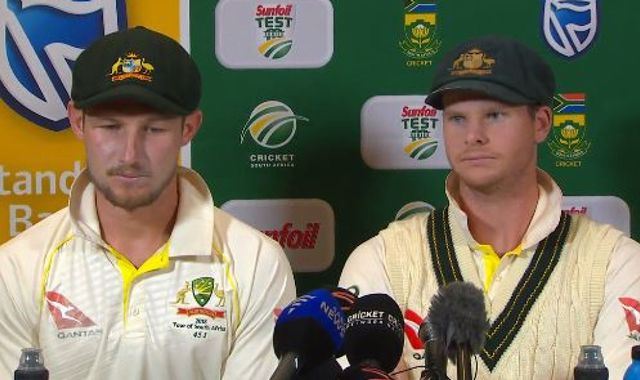 It may come as a surprise to many to know that the Australians in the 1930’s were known for their sense of fair play. Bill Woodfull, former Australian captain, was famous for his dignified behaviour and moral conduct during the infamous Bodyline series of 1932-33. It was mainly in the 1970s that the Aussies became known as the “ugly Australians”. The Australian crowds are also known for constantly abusing opposition players and creating an overall hostile environment for the visiting teams. I wish it were only Australian cricketers who are guilty of such behaviour. A lot of us may have forgotten that the Australian contingent in the 2010 Commonwealth Games in Delhi was accused of throwing a washing machine off their tower and for shouting insults against Sachin Tendulkar. So when Australian cricketers were found guilty of tampering with the ball, it did not come as a surprise to many.

But what did surprise a lot of us was the way the Australian media seems to have handled the issue. They have come out in unison and denounced their team. The Australian Prime Minister Malcolm Turnbull himself came out and called the whole ball tampering saga a “disgrace”. It definitely seems like they have had a change of heart especially because whenever their team has misbehaved in the past, whether on the field or off it, they have more often than not supported their countrymen and have given “context” to their transgressions.

The Australian Cricket Team has a reputation of being rather unpleasant. They are used to having their way and when anybody stands up to them, they get rattled. Point in case is the 2nd Test of the 2007-08 Border Gavaskar Trophy. The Australians were angry because we defeated them in the T-20 World Cup in 2007 and also for the way they were abused by partisan crowds when they toured India a few months later. So when Sachin Tendulkar and Harbhajan Singh stitched a vital partnership in the Sydney Test, it frustrated the Aussies. There have been reports which have suggested that the whole “Monkeygate” saga was pre-planned. Both teams had agreed before the series had begun that they would refrain from using abusive language and that they would play in the “spirit of the game”. So when Harbhajan abused Andrew Symonds in Hindi, Australian fielders came to him and asked him whether he had called Symonds, the only black player in the Australian team a “monkey”. Bhajji was then questioned by the umpires whether he had used a racial expletive to refer to Symonds, which he denied. What followed was Harbhajan being banned for 3 Test Matches by the Match Referee. It was only after a hearing headed by New Zealand Judge John Hansen that Harbhajan was acquitted. However, he was fined 50% of his match fee for using abusive language. Brad Hogg, a player who is nowadays lauded for this longevity, abused Anil Kumble and M.S. Dhoni by calling them “bastards”. But Hogg was later forgiven by the Indian players for the abuse. But the Australians by contrast, still don’t seem to have “forgiven” Harbhajan and Sachin for being “complicit” in the whole affair. Sachin Tendulkar was also accused of tampering with the ball in the 2nd Test of the India South Africa Series in November 2001. The Match Referee for the Test Mike Denness, found Sachin guilty of ball tampering, even though the cameras seemed to indicate that he was cleaning the seam with his fingers. There are some people who still insist that Sachin did indeed tamper with the ball.

Ball tampering and reverse swing bowling seems to go hand in hand. Reverse swing bowling, credited to Pakistani bowlers like Sarfaraz Nawaz, Imran Khan, Wasim Akram and Waqar Younis was a novel way of making the old ball swing. An entire generation of Pakistani bowlers adopted the art and tormented batsmen throughout the 80’s and 90’s. A few years later, Indian bowlers like Zaheer Khan, Umesh Yadav and Mohammed Shami also acquired this art and are wreaking havoc on opposition batsmen. In the 2000’s the English bowlers also got into the act and have claimed to have “mastered” the art. It is important to note that the above mentioned Pakistani greats have all been accused of tampering with the ball. But however, when the English have exhibited reverse swing bowling, they are hailed as “geniuses”. I am personally not sure as to whether tampering with the ball is required to generate reverse swing bowling, but I find it unfair that there seems to be a bias as to who is called a “genius” or a “cheat”.

Marcus Trescothick, the former English opener admitted in his autobiography that they used Murray mints to produce saliva which would keep the shine on the ball for longer. I still remember a debate on an Indian news channel wherein the host accused the English of cheating. In response, one of the English panelists on the show funnily enough said that the English “weren’t capable of cheating”, an argument which I found absurd. So, now that Steve Smith has come out and “apologised” for being complicit in tampering with the ball, the entire cricketing fraternity has rallied behind him and have almost “forgiven” him for his team’s transgression. The English had suspicions that the Aussies had been tampering with the ball all through the recently concluded Ashes Series, but couldn’t prove it. It was only because the South African commentators were vigilant during the South Africa-Australia series that they were caught in the act. And that to me is important to note. This was the first time that they were caught, and that is what had them worried. Steve Smith himself for his fantastic batting prowess, was also accused of asking members of the Dressing Room for advice while taking DRS Reviews in the 2017 Border Gavaskar Trophy. Again, it was only because Virat Kohli had the courage and presence of mind to point it out that they were caught. And then also, Steve, the Australian commentators and media attributed it to a one off “brain fade”.

With the culprits banned for one year by Cricket Australia, these players won’t be eligible to play in IPL 2018. I ask, is a one year ban enough? Won’t these very same players come to India next year to play the IPL and earn millions in the process? What guarantee is there that the same thing won’t happen again? In my opinion, there is none. The next time, they may be more careful and mindful of the cameras and may not be so brazen.

Will we be willing to forgive any of our players if they are found guilty of something similar?

We should not be easily manipulated by some tears or a well thought out “Namaste” which these same players will say when they come to India next year to play the IPL. Our hearts should not melt when ex-players who called us a “third world country” during their playing days, now praise us and our culture just to get some brownie points and earn a big fat pay check for commentating during our cricket matches. We must be vigilant and should take what we hear from these people with a pinch of salt. We are the richest cricket body in the world and there are bound to be people from other countries who will want a big chunk of the pie, and they will do anything it takes.

So do I forgive Steve Smith & Co? My heart says yes, but my mind says no. 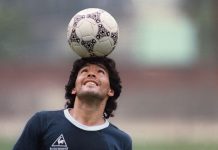 While We Mourn The Demise Of Maradona, Let’s Revisit Some Lesser Known Facts Of His