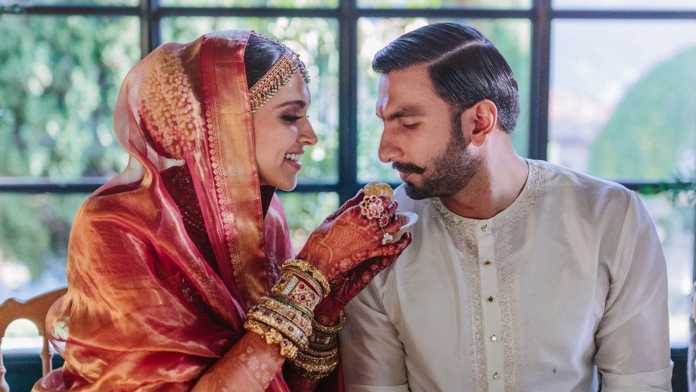 Riteish and Genelia’s wedding was one of the most talked about weddings, even long before the social media evolution. The son of late politician Vilasrao Deshmukh, the 5-day wedding had a collective budget of Rs. 25 crore, and saw almost every B-Town celeb and political bigwigs in attendance. Paparazzi camped outside each of their venues, and their wedding photos were elaborately splashed across almost every leading daily.

This royal Bollywood wedding was every bit glitzy and glamorous as the couple in question. The Prince of Pataudi married Bollywood’s (forever) reigning queen in a starry, royal affair with celebrities, politicians and a number of Royal Families in attendance. 5-star hotels were booked in Mumbai and Delhi where guests were put up, and then President Mr. Pranab Mukherjee graced the celebrations too!

Salman Khan’s baby sister Arpita Khan tied the knot with longtime sweetheart Ayush Sharma, and naturally, the Khan brothers made sure they gave everyone something to talk about. The couple tied the knot at the exquisite Taj Falaknuma Palace, donning the most high-end, elaborate designer outfits, and their festivities saw celebrities, sportspersons, politicians and businessmen in attendance. The newlyweds reportedly rode a chariot escorted by 50 soldiers and a military band. The Khan siblings shook a leg and treated guests to a performance of a couple of their hit songs. But the craziest part of their wedding was the mob of fans and well-wishers going wild outside the venue to catch a glimpse of the festivities – which needed 600 bouncers to control!

#ShahidkiShaadi broke many ladies’ hearts and the internet too! Despite trying their level best to keep their wedding a private affair, they could not escape the buzz surrounding the occasion. The duo got married in a simple ceremony at a gurudwara in Delhi, followed by a lavish after-party, and a reception in Mumbai attended by some of Shahid’s B-Town buddies. The buzz around the wedding was obvious, and the curiosity around Mira Rajput only added to that buzz.

When #Virushka said I Do under the Tuscan sun, it was a rather hush-hush affair until an Instagram photo of them announcing their marriage broke the internet. A million reposts, sneaky ceremony videos, and a big fat Mumbai reception easily made their wedding 2017’s B-Town wedding of the year. The couple will celebrate one year of the marriage next month.

The couple that made #everydayphenomenal kept their wedding plans carefully under wraps until about a week before the wedding when they made the official announcement. But fans definitely weren’t kept in the dark about the festivities. All your favourite celebs took to Instagram to share pictures and videos of the ceremonies, and wedding guests too joined the bandwagon. Instagram was abuzz with constant updates till the wee hours, while Ranveer Singh and Arjun Kapoor treated fans to a quick Instagram live session from the reception.

The couple has always been mum when it came to their relationship, and had been at the centre of marriage rumours for a while now (read years!). But the two put all speculation to rest when they announced their wedding on social media. However, the strict ‘no phones’ policy enforced on the guests at their lavish #DeepVeerkiShaadi at Lake Como in Italy, left fans clamouring for even a slight glimpse of their wedding. The official photos released a day after the festivities were plastered in almost every nook and cranny on Instagram. Brace yourself for some major FOMO at their much-awaited Mumbai reception sometime this week.