The number of smartphone users is expected to surpass the 5 billion mark by 2019 and about 56.8% of the world’s population now has access to the internet. These statistics are set to witness a drastic increase in the near future. Malicious software such as malware, ransomware, spyware and viruses that were traditionally associated with laptops and desktop computers have now started taking aim at mobile devices. In 2017 alone, there was a 54% increase in malware variants for mobile devices. 27% of the malicious apps were found to be in the Lifestyle category, it was followed by 20% in music and Audio and 10% in Books and reference.

Statistics have also brought to light that 99.9% of malicious apps were found to be hosted in third-party app stores. The apps, normally pricey are in many instances available free of cost in these third-party app stores, but they only appear free at face value and the malicious malware that infects your mobile devices is a big price to pay.

Here are the 5 apps that you need to get rid of right now.

This was regarded as a very convenient and user- friendly file explorer and at one point became very famous as well. The free version of this app has been pumped with bloatware and adware. It also badgers the users to continuously download different apps via non-disable notifications. The app is rather cluttered and buggy and makes your files vulnerable to theft.

This app might be a bit of a shocker but this popular web browser, which has a huge user base in India and China tracks users’ search queries without encryption to Yahoo and Google. Not much attention has been paid to the security features of the app. The UC Browser has also been found to be susceptible to freak attacks and malicious bloatware.

This app currently has over 50 million plus downloads on the app store. Its huge number of downloads indicate that it must have a huge following but like the UC Browser, this browser too tracks all your activity. It is also reputed to track your activity logs in the incognito tab.

This app has over a billion downloads and over 44 million reviews on Play store. The app made by Cheetah Mobile developer has packed the app with nagging ads and bloatware. Secondly, the apps that claim to save RAM space and make your phone faster are at this point more of a hindrance rather than helpful, seeing that the Android system has developed so much.

This is another app developed by Cheetah Mobile with over 10 million downloads and 900K reviews. The app used to have an easy to use interface with clear communications and frequent updates, making the app easy to use but once it was acquired by Cheetah mobile, the app was filled with nagging ads and bloatware resulting a painfully slow application.

So if you have any of these apps on your phone, you must get rid of them now. 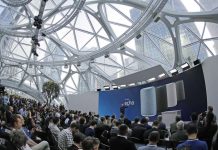 At Its Amazon Event, Amazon Announces The Launch Of Alexa’s Coolest Gadgets 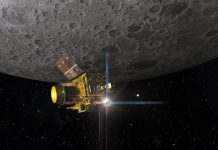 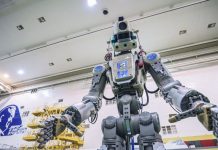 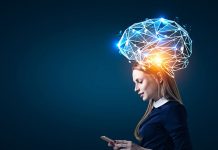 Is The Overdependence On Technology Causing Digital Dementia?

Choosing Between Science, Humanities And Commerce: What Must You Consider

6 Ways To Effectively Deal With Coronavirus Anxiety: Here Is What...