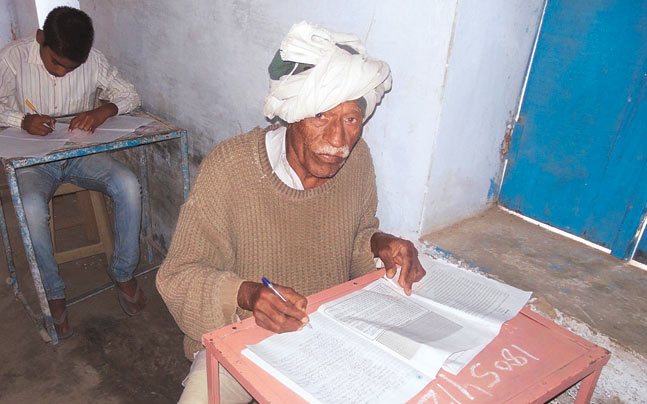 Shiv Charan Yadav, is a septuagenarian who aspires to give the class 10th state board exams. This year, Yadav, 77, would be attempting this exam for the 47th time.

Yadav who lost his mother at a very tender age of two months, and who’s father passed away when he was 10 has indeed seen a tough life. Yadav took a pledge to marry after clearing the crucial exam.

“Each time it so happens that I pass in some subjects, but fail in others. For example, if I get enough marks in mathematics and science, I fail in Hindi and English. This time, I hope to pass all,” he said in an interview to a newspaper.

According to media reports, Yadav had almost reached his goal in 1995, but he failed in mathematics. It was not only math, but other subjects, including Social Science, Hindi and English, which stopped Yadav from crossing the tough battle.

Talk about you’re never too old to learn.