Twenty new historical sites were identified for the national importance tag by the Indian Government. G Kishan Reddy, the Union Culture Minister made this announcement in the Lok Sabha when asked whether the central government has identified any new historical or religious places that can be declared as monuments or sites of national importance in the last three years, in the country.

Among the sites identified, there were also two ancient mounds in Haryana’s Rakhigarhi and in Anangtal in Delhi. Other sites included are rock painting at Chintakunta in Andhra Pradesh, rock art site Murgi at Rdanag in Leh, and the Kaleshwar Mahadev Temple in Kalesar, Himachal Pradesh.

In May, the Archaeology Survey of India (ASI) said that there were seven mounds scattered around two villages in the Hisar district of Haryana and that they are part of the Harappan-era Rakhigarhi site. RGR 7, the seventh mound was identified as a cemetery site.

Rakhigarhi has been declared as one of the ‘five iconic sites’ by the central government in the Union Budget 2020-21. In addition to this, 55 monuments in Assam have been declared protected under the Ancient Monuments and Archaeological Sites and Remains Act of 1958. Notably, three monuments in Mizoram have been given the national importance tag in the last five years.

There has also been a considerable increase in efforts to protect the various museums in the country. Since 2017, 39 existing museums have not only been modernized but also strengthened under the Museum Grant Scheme. Not only this but 13 state governments and multiple local autonomous bodies and trusts have been granted financial assistance for establishing and developing museums under this scheme (MGS).

It is a great initiative that the government has been working toward to protect the various heritage sites in India, and also to establish more museums to recognize the many valuable antiques that are present in the country. 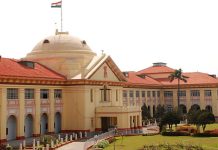 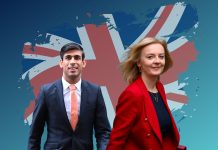