The acid test of any communication medium in its transition from puberty to adulthood lies in its ability to enact a constructive and fortifying role in channelling the collective angst of people into decipherable change.
And with the advent of social media, come similar challenges. While the traditional media and the public at large (well the one who the media features, at least) have been quick to laud it as the new powerhouse channel of activism, doubts persist regarding its ability to translate into tangible action.
Before we begin though, it is paramount to define the term to shed light on the perspective with which this piece has been authored.
Wikipedia defines Internet activism (also known as digital activism, cyber activism and e-campaigning ) as the use of electronic communication technologies such as social media, especially Twitter and Facebook, YouTube, e mail, and podcasts for various forms of activism to enable faster communications by citizen movements.
With that settled, let’s dive right in.

India Against Corruption
The nationwide protest against the malaise, that is, corruption captured the nation’s imagination and was undoubtedly an overwhelming success when it came to the ability to mobilise crowds. What marked this movement out as a revolutionary one was its masterful and ingenious use of social media to expand its base and effectively disseminate its message, free from any propaganda or bias which plagues mainstream media today.
The government was caught unawares at Team Anna’s canny use of social media in an attempt to effect direct communication with the proletariats.
Not only did this help raise awareness regarding their demands, but also helped in organizing the forces on the ground.
A live stream of the ground proceedings was made available and invitations to various local and national rallies populated the invite list in social media sites. As many bloggers branded it – it was a ‘triumph of communication’.
On Independence Day, Anna featured in 500,000 status updates and comments across top social networking sites likes Twitter and Facebook. Two days later, the number was 9 million.
On YouTube, over 40,000 people watched the video shot by Kiran Bedi inside Tihar Jail in which Anna addressed his supporters which flared the passions of millions of Indians and drove them on to the streets. Facebook has 542 fan pages in Anna’s name.
The movement certainly fuelled the idea that social media could empower and enable us.
It is pertinent to recall the words of Gaurav Bakshi , one Team Anna’s faces: “Social media sparked Anna movement, can lead to demise too”. The Anonymous India Protests
Anonymous India was a loosely knit guerrilla group primarily focussed on opposing the government efforts to enforce internet censorship.
Anonymous, which has successfully orchestrated the Occupy Movements across the globe, had shifted their focus to India in recent months.
Being primarily a beast of the virtual world, they attempted to whip up frenzy in the domain and created events to mark ground protests. The idea was to gather at Mumbai’s Azad Maidan wearing the iconic Guy Fawkes mask and create the necessarythrust to propel the movement into public consciousness.
Out of the 2500 confirmed attendees on Facebook, no more than 25 bothered showing up which led the daily tabloid Mumbai Mirror to pass the acerbic comment “too wee for vendetta”.
Such instances have made people wonder whether social media is just a convenient mode of communication or can be instrumental in delivering long lasting and sustainable change
The provenance of the pejorative term slactivism lies in an incident such as mentioned above.

World View
Around the world social media activism has acquired colossal proportions. If not hoisted on its own pillars, movements around the world have certainly received a fillip out of social media.
The Arab Spring is widely credited to be the first movemen, on such a revolutionary stage to have truly embraced social media as a to tool. The Kony 2012 campaign stood out for its truly global nature in the long list of social media success.
A word of caution though – social media is great for such viral issues or even to an extent personal issues but as Malcolm Gladwell argues in his 2010 article Small Change, the movement will be hoisted on its own petard unless able and impassioned statesmen force the issue after the initial euphoria wears off.

Study in Contrast
The Anonymous India and Team Anna protests have made for a study in contrast.
While there is this inherent tendency, due to technological idealism, to hype up social media activism, there is no doubt that social media has helped embrace and involve those who were previously less than enthusiastic.
As Shashi Tharoor famously said, “The means of communication can never determine the outcome.”
The real challenge is in actually transferring the change into a world which extends far beyond the walls of Facebook.
As to whether a movement with a solely virtual presence can deliver a knockout blow, the jury is still out on that.

Social media is the tool and not the entire strategy. It is imperative to ensure that social media does not become another victim of the infamous slayer Slactivism. 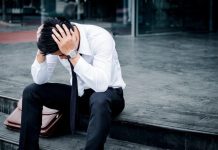 “It’s Not Them Its Me”: Unemployment Leading To Skyrocketing Self-Doubts