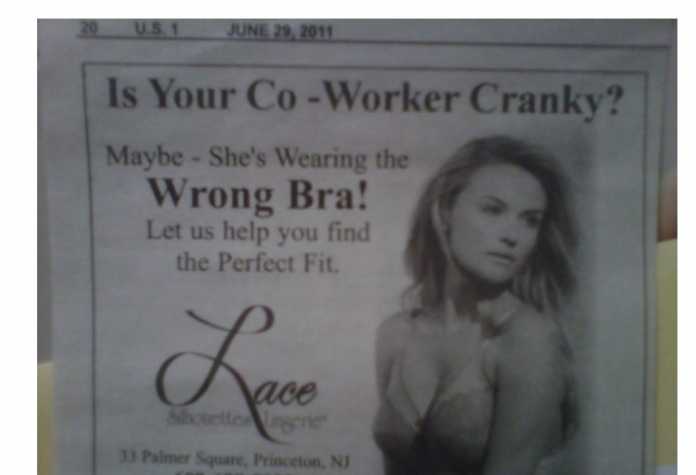 Advertising is an amazing communication tool. In 30 seconds or less, you can be convinced to purchase a product or service, reconsider a potentially unhealthy habit or donate money to particular a cause. Unfortunately, this reaction is only stimulated from what is considered ‘good’ advertising.

There are advertisements you don’t mind sitting through (even though they’re disrupting your TV time), and then there are those you just can’t wait to get over with, or the ordeal is too much to bear that you just switch channels altogether.

To ‘commemorate’ this dreadfulness, we investigated the crimes that have been committed in the name of promotion – those hideous, unbearable ads on repeat, bombarding you over and over again with their inherent awfulness. We present to you the worst offenders –

Coca-Cola – Duffy on a Bike

Even poor Clean Bandit had nothing on this: the advert that was so bad that it killed Duffy’s career in 70 hideous seconds. Before the advert: 7 million album sales and 3 Brit Awards; After the advert: Oblivion. It made no sense and, to be brutally honest, she sounded like an out-of-tune duck with a cold. It’s the sort of ad you’d make if you were on the other type of coke.

At the halfway point, we pause for an advert which is, to put it mildly, utterly bizarre. We don’t even know what this product does. It repeats the phrase ‘Head On’ no less than nine times, while sounding like a badly scratched CD. Truly, truly awful!

The recent Airtel 4G campaign with Sasha Chettri, time and again, telling us how life will be so much better with the Airtel 4G connection is a classic example of overfeeding the audiences. Memes, blogs and comment sections are filled with nothing but dislike for Airtel’s recent series of advertisements. First off, these are clearly not the same women (unless this product doubles as a skin lightener). Second, is that really fab?!

Finolex likes to go a little overboard while making advertisements but this time it has gone to space, quite literally. An Indian astronaut in International Space Station runs out of achaar. His plight gets the attention of the nation, with the nation-wants-to-know people and other odd celebs taking up his cause. But mission control is badly divided as sending achaar to ISS is not worth the cost. His mother then steps in and blasts off the ever loyal Ramu Kaka to space with the help of four Finolex fans, creating a woman-made tornado, all the way from her garden to space. Ramu Kaka surprises the Indian astronaut with a ceramic jar full of pickles.

This is one of the hilarious and hideous advertisements that someone could produce. We really hope this turkey rests in peace. We don’t even have to explain why this one made the list.

How India’s fairness cream industry for men began is a very interesting story. Apparently, it was found that 40% of the fairness creams being sold were being used by men. For twenty years now, they have been selling just one idea – You have to be fair in order to succeed. Want to be a cricket commentator? Get a fairness cream. Pilot? Fairness cream. Dancer? Ditto. I mean, look at Michael Jackson.

For years, Harpic has had one overall strategy – to freak you out. Just when the entire family sits down for lunch, a guy in a blue cap appears on the TV. In seconds, he welcomes himself in, and walks up to the stranger’s bathroom, without even enquiring if the husband is in the house in the first place.

What follows is a close-up of the family’s dirty toilet, making you think twice about your daal-chawal. By the end of the ad, the toilet is squeaky clean, but your appetite has gone for a toss. We understand that it’s a toilet cleaner, but do the ads have to be so full of crap, literally?

A trend that is noticed in almost all deodorant ads – spray a lot of deodorant on your body and girls or boys from all over the city would be chasing you. Now, these ads are not suited to be watched before your family, especially in India. Also, they just make you laugh for the in-practical theme of these ads. Obviously, everyone (maybe most) understands that girls or boys are not going to chase you if you bathe in deodorant. These deodorant advertisements need to get creative and go beyond the ‘sex-appeal’ theme.