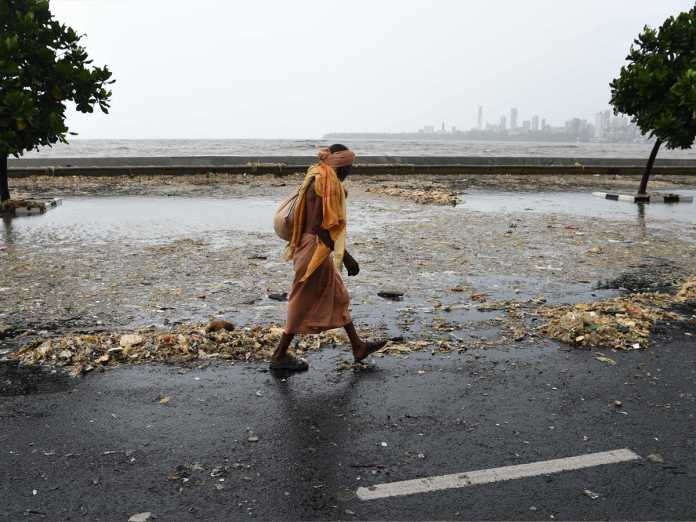 On Sunday, July 15, the sea on the shore of which lies the small city of Mumbai gave back a very trashy gift to its citizens. A high tide at 1: 49 pm yesterday, dumped in 9 MT (Metric tons) of garbage (as per reports) from across the beaches of Mumbai. One of the majorly affected areas, South Bombay, is considered to be one of the cleanest parts of the city, as it houses top government officials, bureaucrats, socialites, and businessmen.

Marine Drive recently made headlines as the Victorian and Art Deco styled buildings on its other side had made it to the UNESCO World Heritage Site list. However, tides literally turned on Friday, Saturday, and Sunday, making the iconic promenade look like a dump yard. The SoBo activists were quick to tweet about the incident and bring this as an eye-opener to the Mumbaikars. The huge garbage washout was a warning not only to Mumbaikars but also to the entire nation. The rate at which we are taking the environment and it’s natural resources for granted and destroying it, if we continue doing that then these kinds of garbage throw outs by the Arabian sea will become more and more frequent.

This incident also occurred within the first month of the plastic bag ban in the city. The garbage cleared by the cleaning authorities after the Sunday tide and the garbage they clear from the beach on daily basis has a majority of plastic waste in it. With social movements Like Swacha Bharat Abhiyan and Clean India, Green India happening nationwide, we need to be quick in taking action against the disposal of harmful and plastic waste into the sea.

Today when the Victorian era buildings in the city are making to the list of UNESCO world heritage sites, we sure do not want the pride to go down by showing the world on how dirty Mumbai can get as a city that does not treat its natural bodies with respect and care.