Regarded as one of the most prestigious awards in the world, the Nobel Prize is awarded to those highly intellectual people who not just brighten their own careers but are also a true true gift to mankind. With their services and intelligence, they attempt to make this world a better place to live.

The Nobel Prize, initiated by Alfred Nobel, a Swedish industrialist in 1895, aims at rewarding individuals who prove to be of great benefit to mankind, every year. The Nobel Prize is awarded to people belonging to different categories which include Physics, Chemistry, Economics, Literature, Environment, etc.

This year too, a total of 15 people received the prize for their immense contribution in varied fields.  Let us have a look at each of them and understand their contribution to society:

Three individuals were awarded for medicine. This prize is awarded by the Nobel Foundation every year to individuals for their discoveries in the fields of life science and medicine. The three of them who received the prize under this category are Gregg Semenza and William Kaelin from the US and Peter Ratcliffe of Britain. The trio split the nine million Swedish kronor ($914,000, 833,000 euros) award. They received this award for discovering how cells sense and adapt to oxygen availability, with the motive of finding new cancer treatments.

This prize is awarded by the Royal Swedish Academy of Sciences to those who contribute outstandingly in the field of physics. The Nobel Prize for Physics too has been shared by three individuals this year. Canadian-American cosmologist James Peebles and Swiss astronomers Michel Mayor and Didier Queloz have received the prize for their theoretical discoveries that have helped us to understand how the universe evolved after the Big Bang.

The Nobel Prize in Chemistry is awarded by the Royal Swedish Academy of Sciences. This award is presented to scientists who work tirelessly in the various fields of chemistry. This year, the prize for chemistry is shared by three chemistry maestros namely John B Goodenough, Stanley Whittingham, and Akira Yoshino for developing the lithium-ion batteries. It is interesting to know that these batteries today are used in everyday items right from remote controls to mobile phones. They are also used in electric vehicles.

The prize in this category too has been shared by three people which includes one who is of Indian origin. Abhijit Banerjee an Indian American, his wife Esther Duflo, a French American, and Michael Kremer, an American economist have shared this award. They are awarded for their stupendous attempt and “experimental approach to alleviating global poverty”.

The prize for literature is shared by two. One is an Austrian novelist and playwright Peter Handke who has the prize for “for an influential work that with linguistic ingenuity has explored the periphery and the specificity of human experience.” The other receiver of the prize is Olga Tokarczuk. the author of ‘Polish’ won the prize for a “narrative imagination that with encyclopedic passion represents the crossing of boundaries as a form of life.”

Abiy Ahmed, Ethiopian Prime Minister won the Nobel Peace Prize for his consistent efforts to achieve and maintain peace and international cooperation and also for his efforts to resolve the border conflict with Eritrea, its neighboring country.

With the 2019 Nobel Prize winners declared, the world will now look forward to the 2020 winners. 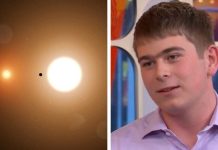 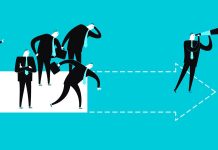 Behavioral & Emotional Quotient Millennials Must Have To Excel At Workplace 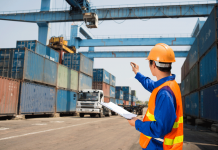 Ever Thought of Logistics as a Career, Well You Should!