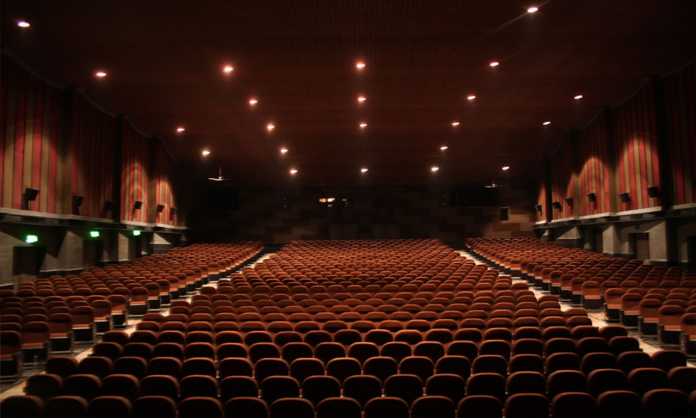 Centuries ago, when there was no cinema, passionate actors still existed. But where did these actors go to feed their artsy souls? To the theatre, of course. Pankhuri Shukla explores a career in the glamour and talented filled world of theatre

A ground where acting talent is nurtured and enriched, theatre is a career that most aspiring actors dabble with before they make debut into the movie world. Hugh Jackman, Andrew Garfield, Gwyneth Paltrow and closer to home – Kangana Ranaut, Shahrukh Khan, Naseeruddin Shah began their colourful acting careers with theatre. It is a form of fine art that involves performances by actors by means of various combinations of speech, gestures, dance and music. It may also be referred to as the place where theatre acting is being conducted. It is also often referred to as ‘drama’.
Theatre does not just include a bunch of wannabe actors prancing about the stage delivering their dialogues. It is in fact, much more than that. It is one of the most important forms of performing arts that has generations of talent to its credit. Plays, musicals, stand-up comedy etc are some forms of theatre.

What Does It Require?

Acting on stage requires much more than just confidence and memory; it is more holistic in its approach. With no ‘take ones’ and ‘take twos’, it requires a whole lot more from a person in terms of talent and commitment. Ashok Singh, a businessman, who has been pursuing acting as a hobby for the past four years says, “The best part about being a theatre actor is the reality of it all. A theatre actor literally gets into the skin of the character because of the months of rehearsals he goes through as there is no such thing as a second take.”

Should I Still Go To College?

Of course, you should still go to college even if your true calling is theatre. There is no mandatory list of degrees or qualifications that can educate one enough to be a actor. It comes with recurrent practice and of course, love for the art as opposed to a certain number of years spent in an educational institute or university. Although, there are various acting schools like The National School of Drama, Film and Television Institute of India and many more that do help in acquiring a professional education and edge for those looking at acting as a career, the best way to perfect theatre as a profession is to join a theatre group and to surround yourself with talented young enthusiasts.

A majority of the Indian population believes in the common misconception that theatre is the stepping stone to Bollywood and that it leads to subsequent fame. While many artists have found solace in acting for Bollywood movies, there are many who struggle to find any kind of recognition or their niche. At times, they may not be accepted by society or the film fraternity because of the struggle they go through to fit into this new mould. For a person just starting off as a theatre actor, it might not be a lucrative career aspect, which is why many choose to pursue theatre along with a day job. While it is not as well-paying as Bollywood acting, it brings with it a different kind of thrill that surpasses the desire for fame and money.

Like any other career in the field of arts, theatre acting has its own bar of uncertainty that dooms it an unpopular choice of career. In all honesty, it probably isn’t an economic safe haven. But that is also a reason why theatre acting is not for any Tom, Dick or Harry. It is not for the faint-hearted. So those looking for instant monetary satisfaction and glamour, a career in theatre might not be your cuppa.
However, contrary to popular belief, the importance of theatre in the Indian subcontinent has grown recently and is apparent in the number of people who regularly watch plays.

The Rocky Road Ahead

Admittedly, theatre is progressing but at a slow pace compared to the rest of the world. India still has a long way to go before its youth are confident enough to choose the unconventional path of theatre as opposed to medicine, engineering and MBA.
Theatre needs a strong governmental support in the form of good quality theatres which can be made available to theatre groups at a reasonable cost. Also, steps can be taken to make it a part of the curriculum for most of the schools and colleges as it helps in developing one’s personality, increases self-confidence and also hone an individual’s acting skills at an early age. That being said, there is also a need for the Indian audience to look at acting as something that goes beyond just Friday releases.

A theatre actor literally gets into the skin of the character because of the months of rehearsals he goes through as there is no such thing as a second take. – Ashok Singh