Misbaah Mansuri chats with Sameer Pitalwalla, the Co-Founder of Culture Machine on the internet landscape, about the success of the company and more….

With reams of content all over the internet what is it that drives virality? Who would know better than Sameer Pitalwalla, who has been responsible for the launch of the first-ever YouTube channel in the country? Post his stint with Disney UTV and Times Of India, Sameer now oversees the media business at Culture Machine which is storming the digital platform with its 500+ content creators across multiple genres of entertainment.

Culture Machine has been considered one of the coolest start-ups. What aspects do you attribute this popularity to?

It is a function of two things. The kind of product we put out and second is the people who put it out. It also comes down to the quality of the product put out.

How does Culture Machine stand out from other such platforms?

It’s all in the detail. We like to look at and understand the company behind the media brands. And we own media brands like Awesome Sauce, Put Chutney, Being Indian, Blush, among others. Each of them is on the top in their segments and they are in completely diverse segments. One is for Tamil, one for Telugu, then there is one for food and another for the female audience. The real sort of push for us has been to focus on kind of building the modern-day media content and using technology to scale that out. That combination of tech, content and the way we look at what a brand is supposed to achieve is what helps us stand out from other such platforms.

It’s fairly simple. You skate to where the big bucks are going to be! Video was something that was waiting to happen. It is due to better devices and better connectivity. People go to the higher form of storytelling in terms of experience. For text, it captures only one sense and one part of storytelling, i.e your eyes whereas audio-visual is much more immersive and takes care of all other senses too. People can relate to programming which they can feel in a more visceral manner. The Internet connectivity is moving in a direction that would reward video. So we thought that is where it would go to and we built our product in that direction.

The video content on Culture Machine has a social message coupled with the potential of keeping people hooked and also going viral! How do you’ll manage to do that?

In a fast-changing Internet landscape, what is it that you have learned about the Internet generation and their attention spans?

According to you, does India look poised for a video boom?

I think it is already here. You talk to YouTube and you’ll know that it has reached up to 400 million users in 2016. Look at Facebook’s and YouTube’s viewership, India is now the second largest market in Internet consumption after China. Though thiese figures might change in April after Jio goes paid. As of now it is a lot.

What is the role of analytics and technology in building content that can scale?

It is simple. You don’t know what you don’t measure. Once you measure it, you know what works and focus on it.

A piece of advice for the youth out there?

Subscribe to our channels and give us more money! (laughs)

A book that made an impact: Homo Deus by Noah Harari

A blog you love: Wait But Why

A song stuck in your head: Mood Pesta

Your guilty pleasure:  Too guilty to talk about 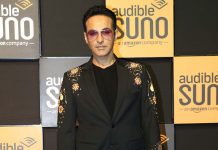 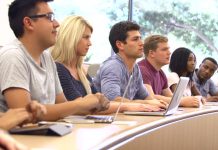 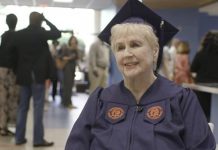 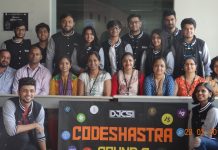