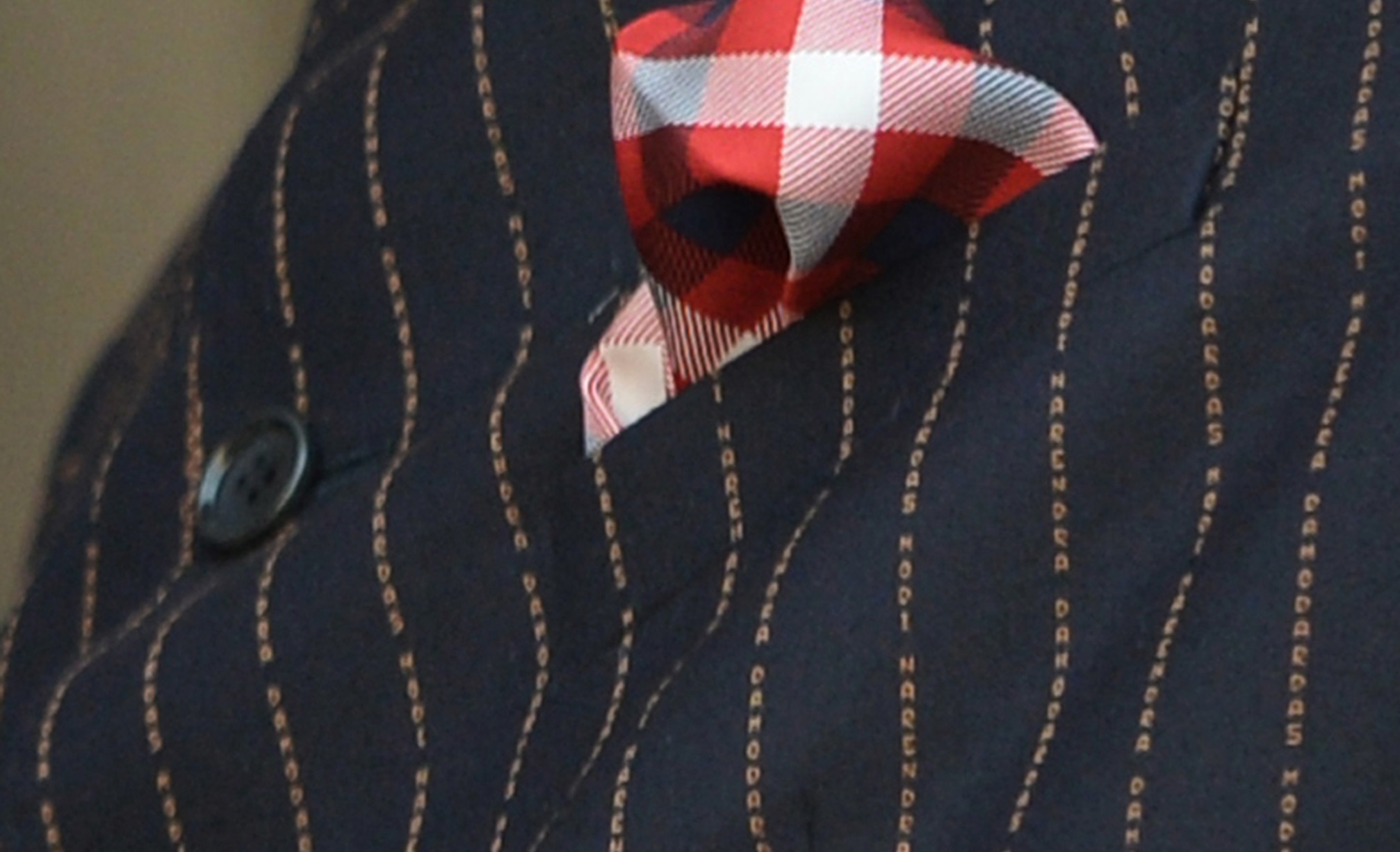 Everyone is well aware of the famous  suit Indian Prime Minister Narendra Modi wore when he met US president Barack Obama. This popular suit had his name monogrammed on it. The suit became a subject of debate in India and also made headlines overseas. The much created buzz landed Modi and his government with a disgraceful tag of “suit boot ki sarkar” by Congress vice-president Rahul Gandhi. However, that same suit has now entered the Guinness Book of World Record as the most expensive suit (clothing) sold at an auction.

The suit was sold at an auction for a whopping Rs 4.31 crores in Surat last year, making it the costliest suit ever auctioned. The suit was brought by the highest bidder, 62-year old Laljibhai Tulsibai Patel, a diamond merchant and chairman of Dharmanandan Diamonds Pvt. Ltd having an annual revenue of approximately Rs.6,000 crore. Mr Patel, who was overwhelmed at being the highest bidder said that it was a matter of joy that he now gets to own a suit worn by none other than Narendra Modi.

The suit was reportedly prepared at a cost of Rs. 10 lakh and the bidding began from Rs. 11 lakh. Laljibhai Patel has put the suit on display at the reception area of his diamond factory in Surat for the visitors to see. A fibreglass sculpture of Modi was made to display the suit.

“It is a matter of happiness and pride that the suit has found a place in the Guinness Book of World Records. We had applied for the world record around five months back on the suggestion of our company’s HR management team. Within a couple of months, we received a certificate acknowledging that it was the world’s most expensive suit sold at an auction,” Hitesh Patel, son of Laljibhai, was quoted as saying in a PTI report on 20 August.

The money raised from the auction was to be used for cleaning River Ganga.