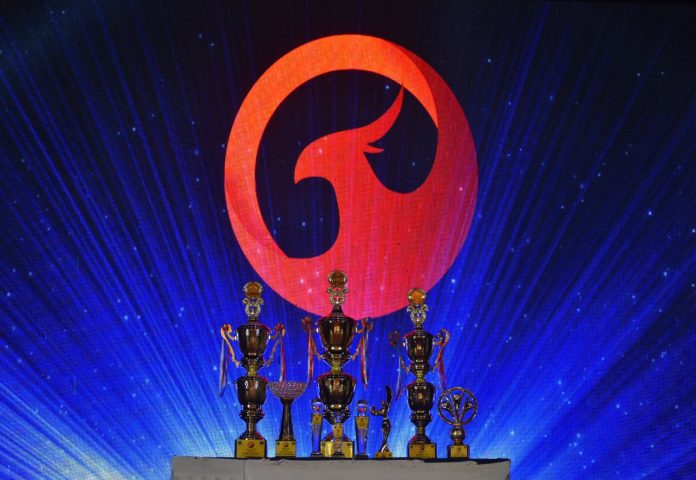 Spectrum was held on the 14th of September by the students of the Junior College. From Punjabi dance to Lavni to Bharatnatyam to Western dance, students incorporated different dance forms in their performances. On the same day, the curtain raiser event was held where the theme of each fest was introduced for the first time.

Kiran-Joule had an extravagant and colourful theme called “Carnival”. The first day of Kiran unfolded with loud cheers and applause by Joule, setting a remarkable beginning. The day started out with the fest being inaugurated by Mr.Rushad Rana and Mr.Jehangir Karkaria who said a few words of encouragement for the crowd. Personalities who graced the events of Joule were Kiku Sharda, Yash Pathak, Pihu Sand Vikas Sethi, Shyam Lilani, Stuti Aggarwal, Falgunni Shah, Ava Marolia, Vinayak Patil. Joule had three flagship events- “Crime Scene Joule” which was a treasure hunt event, Dance Fiesta which was a dance event, Mr. & Ms.Joule which was a personality event.

Few other events held were Cups and Crosses, Marketing Revamp, Around the world, Think inside the box. Joule also held a pre-event called PubG gaming.

The winner of Joule 2019 was the contingent “Noting Hill” of HR college. The second podium prize was won by Contingent “Fasnacht” of Jai Hind College.

The theme for Kiran-Blitzkrieg was “Academie Of Contrasts”- a unique blend of the organizing committee serving as the jury and the contingents being nominated for the prestigious film awards. Each contingent was named after famous directors. Blitzkrieg didn’t leave a single stone unturned and marked to bring an incredible footfall on the second day of Kiran. It was glorified by its PR activities where “25“ colleges came in huge numbers to steal the winning cup. The celebrities who glammed up the events were Puneet Krishna, Sunit Gajibhiye, Kabir Café, Jyoti Kapur Das, Kanika Maheshwari, Nimish Kotwal, Eisha Chopra.

There were three flagship events held in the course of the day. The first event “Mockband” which is an exclusive Blitzkrieg event where the contingents had to sing songs after changing its genre. The second event “Films” in which the short movies made by the contingents in accordance to the theme of Blitzkrieg were screened. Be it gorgeous mise-en-scènes or interesting characters, the participants exceeded the audience’s expectations with each visual. The third event “Fusion” fused fashion show with drama. The contingents went from thought provoking skits to hilarious dramas plus a parade of majestic attires to chic walks.

Few other events were Ad, Reporting, PR and Radio. Prior to this, sports event and CSR activities were held.

18th and 19th of September made its way into the hearts of the people with Kiran’s revelling celebration. This year Kiran took another step forward with the theme “Blurring the binaries” which means seeing things in grey rather than just black and white. Enette D’souza, Punita Hirani, Sipen Chedda, Pranay Bakshi, Neville Bharucha, Riya Duggal, Simran Duggal were the few celebrities who graced the events.

There were many events held in the stretch of two days. Few of the main events were “Fusion Dance” which was a mix of Western and Classical dances, “Band” where the contingents sang Bollywood and Hollywood songs, “Fashion Show” where the contingents incorporated the theme of Kiran in their fashion, “Peanut, Butter and Jam” which was a Jam session. Few other events held were War of DJ’s, Mono-acting, Street Dance, Acapella, Panel Debate, Football.

The winner of Kiran 2019 was “CC 149” (contingent code), Jai Hind College who earned the golden trophy.

Impelling the students, Dr Hemlata Bagla, Principal, KC College, said, “When we realized that student’s talents are boundless and not solely limited to academic boundaries, we created Kiran, an awe-inspiring platform for students to showcase their artistry.” She added “Kiran is an emotion that brings students from various streams together to experience a sense of belongingness and create fond memories. All the hard work that they put together for this fest is commendable as the entire college unites to make these four days memorable. With this interesting theme this year, I am delighted that the structure of academics is used to reconstruct notions and query the norm. This year, we are truly fascinated with the absurd. We ask you to find your feet in a world that is so tipped out of balance. Be brave to dare and dare to challenge the known.”

“Kiran has always been more than a festival: It offers the chance to step out of yourself; to be heard, and allows one to claim their space. Kiran remains an experience of a lifetime. As I see it, it allows for opportunities of growth and self-discovery, the kind of learning that must take place outside the classroom.” Said Neeta Dam, the cultural director of Kiran. “I am ever proud of the Kiran experience and I am grateful to be sharing another year with you. So here’s to hope for many more Kirans to come!” she added.