In the 21st century, the internet has become an indispensable part of our lives. The world population stands at 7.3 billion and there are more than 3 billion internet users worldwide. Internet provides us with a platform to explore and learn innumerable things and express ourselves freely. However, sometimes, this platform also becomes the root source of trolling. Internet trolling in the most simple terms can be defined as ‘posting remarks aimed at ridiculing or criticizing the subject of discussion’. Most netizens have indulged in trolling or at least come to face it some time or the other. Let us find out if we use this powerful tool to our advantage or take unnecessary advantage of it.

There is no denying that trolling gives us a medium of expressing our criticism without actually throwing around allegations. It uses humour as a means of criticism which is undeniable, the most clever idea of all time. Trolling allows us to remind our authorities that selfies are not going to unite the country and point out the hypocrisy of stars who warn their fans against fireworks. Trolling very often uses sarcasm and equips the masses to speak their mind and convey their thoughts to the concerned people without actually knocking their doors. It can be seen as an excellent source of honest feedback and constructive criticism.

While trolling does empower us by giving us a voice, it also becomes a tool of manipulation at the hands of those who are into powerplay. These days many scams related to trolling have surfaced from different corners of the world. In many parts of the world, troll farms are established which are basically small rooms having a cyber army of 4-5 people, constantly glued to their computer screens, furiously typing, and posting, and clicking, and scrolling, and trolling. These troll farms are hired for churning out fake content, false narratives and anything else the client wants.

Since internet has such a huge number of active users, it becomes very easy for these trolls to feed the masses with absolutely anything they want and can influence thousands of people by just a handful of venomous trolls. One such recent rolling mission was for a candidate running for the senate of a country. One aim was to cook up fake social media accounts to make it appear as if the candidate had a vast and fervent base of supporters. Another goal was to smear any critics, especially those who call them out for precisely the jobs they do. In the end, the influence created by this activity was so strong that the masses could not distinguish between real and fake news and ultimately the candidate who had hired the trolling farm won the elections. This was just one example, trolling farms today vigorously interfere with the functioning of media houses, circulate rumours and fake news and are even hired to cut competition in the glamour industry.

Not just for the powerplay, trolling has another ugly face to it. It is a medium of free speech but in some extreme cases, this freedom is sometimes exploited and used for body shaming, passing overly insensitive remarks and disappointingly enough, to support stereotypes also. Individuals and groups who are the targets of such brutal online harassment, often become victims of depression and indulge in loss of self-confidence. How do we put a stop to the misuse of this otherwise brilliant weapon called trolling? How do we prevent the internet from becoming a place for hate culture?

Many websites allow users to report any comment or post which projects insensitive content or spills out the venom. After a minimum number of reports against the accused, the concerned website interrogates the matter and terminates the accounts of such trolls. People should also actively use the block and mute options on social media to prevent trolls from getting the better of themselves. Many people also use silent treatment and ignorance artfully, they wait for the trolls to get bored of not receiving the reaction they want and leave. With that said, the government also lays down many guidelines and cyber laws to prevent cyberhate on violating which the trolls are tracked down and appropriately penalized and even imprisoned. Thus, you do not need to worry so much as long as you are well aware.

In the end, trolling is a powerful tool of expression, it is up to us how well we use this. Trolling is supposed to be a light-hearted activity and not a medium to express hate. As long as we act smartly and abide by cyber laws and double-check the information spread by trolls from some reliable source, the internet is a safe place. 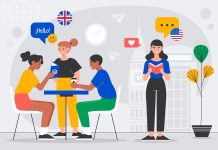