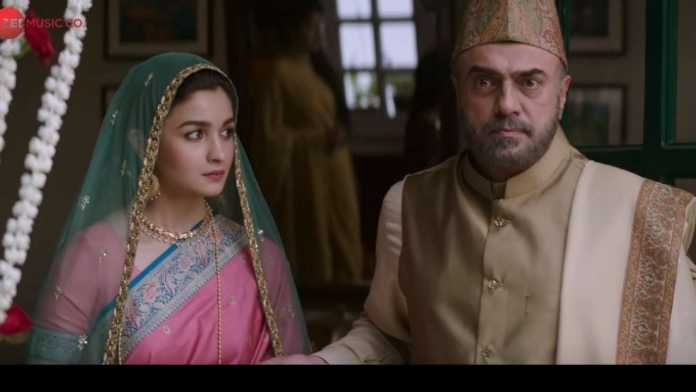 We have all obsessed over the thrilling spies of FBI and KBG, and in this entire fangirling/boying activity we forget that our very own country India has its own intelligence agencies IB and RAW. From Ajit Doval to Ravindra Kaushik we’ve had the most thrilling spy stories that have gone unnoticed. Let’s acquaint ourselves with the stories of 4 such Indian spies who are truly superheroes without a cape to our country –

From being the National Security Advisor to having an excellent record serving as an Indian spy in Pakistan, Ajit Doval has come a long way down, to being a true Indian hero. The current NSA, also known as India’s answer to James Bond, remained as an undercover agent in Pakistan for seven years posing as a Pakistani Muslim in Lahore. On a random day in Lahore when he was going to offer Namaaz at the local mosque, his cover was almost blown. An elderly man randomly asked Doval “Are you a Hindu?” because somehow he saw a piercing in Doval’s ear. Doval was shell-shocked but he did not let fear and surprise get in the way of his mission. He politely refused, went to offer Namaaz and later silently left. During his stay in Pakistan, he sent vital information about Pakistan’s nuclear development to India. Other details of his work in Pakistan remain classified. But, imagine living 7 years of your life as a different person, following a different religion and at the same time passing highly confidential nuclear and defence details to India. If this does not make a plot for a thriller movie then what does!

It was the movie RAAZI which revealed Sehmat’s story to the world. If not for Harinder Sikka to write the book and not for Meghna Gulzar to make a movie out of it, the story of Sehmat would have gone unnoticed and we would have missed on having a female spy hero. 20-year-old Sehmat played a key role in ensuring victory for India’s 1971 war. It is claimed and believed that Sehmat was the one who primarily alerted the RAW who further alerted the Indian Navy officials on a possible attack on the Indian summary INS Vikrant. Living an undercover life in Pakistan and that too safely returning back to India post the mission accomplishment alive is purely a heroic deed by the brave hero Sehmat.

In a British-ruled India and an almost male-dominated society, Saraswathy managed to fool the British officers by dressing up as a man. At 16, she bluntly refused to accept Mahatma Gandhi’s non-violence principle and decided to follow the footsteps of Netaji Subhash Chandra Bose. She joined the INA and donated all her jewelry to its cause.  She and 5 other girls who were chosen by the INA disguised themselves as guys and worked as household help for the British military officers at their base camps. The disguised girls had a good hearing to all the matters and transferred a lot of valuable information to the INA (Indian National Army). The girls had clear instructions that if they were caught alive while snooping, they were to shoot themselves. On one such occasion, a girl was caught alive before she could shoot herself. Saraswathy decided to rescue the girl instead of fleeing away. Before the British military officer could do anything to the arrested girl she (Saraswathy) drugged him and eloped with the girl. In this process, she even took a bullet in her leg but still managed to elope.

A theatre actor by profession little did Ravindra  Kaushik know that on one of his usual performances, he was being observed by the officials of RAW. Ravindra was hired as a deep cover agent. He was given a position which was the most valuable one for any intelligence agency. In order to make his part in Pakistan more convincing, he was trained briefly for 2 years. In this process, he was made to learn Urdu, so that he could talk like Pakistanis and even underwent circumcision. He converted his faith, married a Pakistani girl and somehow managed to reach the position of a major in the Pakistani army. Kaushik’s cover was blown away when RAW sent an operative to rendezvous with him. This led to him giving away all the information about Ravindra Kaushik. The brave hero was tortured for 2 years before being given a death sentence.

These are just a few stories that have been declared. There are still many that lie classified in the files of the IB and RAW. Whatever we have today in the name of a democratic and a free country is solely because of the dedication of the brave hearts who are willing to give away everything for the sake of their nation’s safety.