On 25th September 2020, Election commission of India announced series of precautionary measures while conducting Bihar state assembly elections in the light of ongoing pandemic. These measures are meant to provide healthcare security to voters during exercise of their democratic rights of casting a vote.

People’s active participation in democratic processes is viewed as a first precondition to have a vibrant democratic society in which the collective consciousness of people will chalk out their future. Such participation promotes inclusiveness, political equality, multitude of opinions, and transparency in decision making.

An architect of US constitution and former president Thomas Jefferson aptly enunciated the importance of people’s participation in US democracy which is applicable to every democratic state across the globe in the following quote:

“We do not have a government by the majority.

We have government by the majority who participate.”

Democracy being the most cherished principle of the 20th century, became a bedrock for governing public institutions from the international sphere such as the UN, European Union, and SAARC to the national level in various democratic countries. More than half of the world population lives under a democratic regime where free and fair elections are conducted regularly.

Elections in democratic countries are seen as nothing less than democracy in practice. Voters cast their votes for accepting or refusing rulers in a competitive manner. Voter’s participation in the electoral process is effectuated with minimum basic preconditions like age, nationality, and locality in order to facilitate their maximum participation.

India, being the largest democracy in the world with more than 900 million voters (as of 2019) has set up an example for proactive voters’ participation in elections. In the very first election in 1951, electoral officers reached out to the last voter in the remotest part of Himachal Pradesh by travelling for six days! This arduous journey through a difficult terrain was comprised of two days walking and four days mule riding.

In 1997, the Texas legislature in the US passed a statute to facilitate voters on space missions to cast their votes through the secrete ballot. By this, David Wolf became the first astronaut to cast his vote while he was aboard the Russian Space Station Mir. During the US presidential election scheduled later this year, NASA astronaut Kate Rubins will exercise her voting right while being on International Space Station located over 200 miles away!

During the 2019 parliamentary election in India, election personnel reportedly hiked for a whole day in order to reach lone voter residing in a remote part of Arunachal Pradesh. In the same election, Tashigang in Himachal Pradesh was the highest polling station in the world situated at the height of 15,256 ft above sea level.

Each and every vote is considered a sacred one and valued as being a building block of the democratic edifice. Owing to this, Australia, Belgium, and Italy made voting compulsory and failure to which may attract punishment or fine. On the other hand, the US being the oldest democracy in the world has had the lowest voter turnout in the last few decades. In the Baltic country Estonia, people can cast their votes through online mode as an alternative to ballot vote.

In Brazil, a 16-year-old adolescent child can participate in the voting process while in Switzerland women were not allowed to vote in federal elections until 1971. In the USA, the Black race people got voting rights only from 1965 by virtue of the Voting Rights Act. Vatican City is the only country in the world where women are not allowed to vote and participate in elections. In some Islamic countries, non-Muslims have severe restrictions and are prohibited from voting; Maldives and Iran are examples of this.

Elections and democracy are mutually interdependent on each other. Their complementary nature ensures the execution of people’s will through elected responsible executives. Conclusively, voter’s participation and measures taken by the state to maximize it quintessentially enunciates the quality and vibrancy of democracy. Maximum development can be achieved through maximum freedom which is an essential ingredient of democratic values. Enlightened, educated and empowered voters can shape the destiny of the nation and the world in larger spectra. So, it is a need of time to promote people’s participation in democratic processes as much as possible. 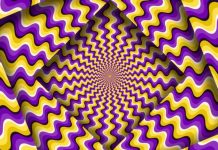 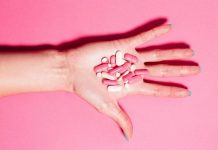 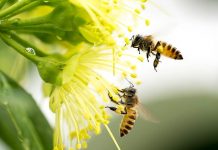